The South Side bar and restaurant will be serving “The Wild Boys” – a cocktail with whiskey, honey and muddled orange – in honor of Thursday night’s Duran Duran show.

The distillery has 167 bottles of whiskey for sale for $39 each, owner Adam Flatt said. He expects it to sell quickly.

“Everybody wants whiskey,” he said.

Social Still is the first distillery since prohibition to sell whiskey in Pennsylvania, Flatt said.

The first batch of whiskey is made with 100 percent organic corn, while rye and blended whiskey will be made and sold later this year, he said.

The distillery opened in late December and also sells its own vodka, gin and rum. The eatery, at 530 E. Third. St., is right across from the South Side Musikfest grounds and Flatt is expecting big crowds. He is fully booked for dining tonight between 6 and 8 p.m., he said. 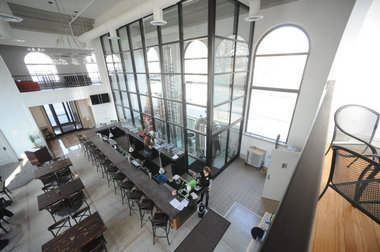