A  Bethlehem man who  groped and “sexted” a teen he met at church received a time-served sentence Thursday that could allow him to go free after serving eight months in Northampton County Prison.

And although Luis Angel Aponte-Rodriguez’s wife is standing by him, he can’t move back in with her as long as her two children are in the home.

Aponte-Rodriguez, 37, admitted he sent sexual text messages to the girl, groped her and kissed her when she was 13. They met at their  Allentown church, court papers filed by police say.

But his sex offender evaluation says he has a low to moderate risk to reoffend, according to defense attorney Ed Andres.

That’s why Northampton County Judge F.P. Kimberly McFadden decided not to sent him to state prison, but to impose a six- to 23-month local prison sentence. He has already spent eight months in prison, Andres said.

RELATED: Man charged with sex offense against girl he met at church

The judge called Aponte-Rodriguez “skeevy” for sexting with the young girl.

“More than a little skeevy, actually” she said, adding “I think you were thinking of your own gratification and nothing else.”

But she heeded the advice of the sex offender evaluation and hopes mandatory therapy helps Aponte-Rodriguez to change.

“I’m deeply sorry for all I did,” he told the judge. “I took full responsibility.”

One of the stepsons was in court with Aponte-Rodriguez’s wife until Andres recommended the child leave due to the graphic nature of the testimony. The wife had no comment after the hearing.

McFadden said she hopes Aponte-Rodriguez understands the gravity of his crime.

“What you have done will follow this child around for the rest of her life,” the judge said. “It should make you very embarrassed.” 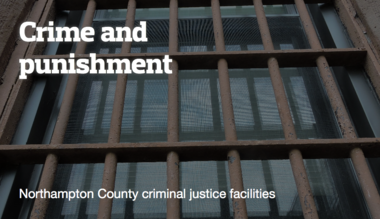