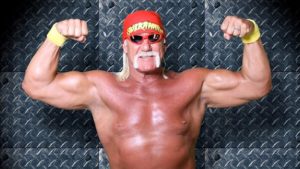 Hogan Scandal is Another Missed Opportunity for Discussion

Over the past week, the leak of a transcript from Hulk Hogan‘s illegally-recorded sex tape took the country by storm. In his words, Hogan apparently decried the fact that his daughter was dating a black man, and used the “n-word” more than once. Soon thereafter, Hogan issued a statement apologizing for his language.

The rumblings of the scandal began the night before Hogan’s words became public, as World Wrestling Entertainment (WWE) fired Hogan, adding only that the company is “committed to embracing and celebrating individuals from all backgrounds as demonstrated by the diversity of our employees, performers and fans worldwide.” Not only that, but every mention of the legendary grappler was removed from the WWE webpage, including his merchandise and Hall of Fame profile.

The removal became even more apparent after the death Friday of wrestler  Roddy Piper, the chief rival of Hogan during the 1980s. WWE placed a number of tributes to Piper on their site, none of which included Hogan. The wrestling company even edited any images of Hogan out of Piper’s match at the first Wrestlemania (which pitted Hogan and Mr. T against Piper and Paul Orndorff), as well as from Piper’s 2005 Hall of Fame presentation video.

Only one other wrestler in the history of the WWE has received such treatment: Chris Benoit, who in 2007 infamously murdered his wife and 7-year-old son before committing suicide.

There have been a number of different reactions from fans and wrestlers to the WWE’s actions concerning Hogan. Fans have been split on whether Hogan should have been fired, but the “erasing” of Hogan has drawn much more ire. A number of Hogan’s colleagues have defended his character, including many former black partners and opponents, like  Kamala,  Virgil,  Dwayne “The Rock” Johnson and  Dennis Rodman.

However, in the middle of all of this back-and-forth, is there something much larger for us to learn in how we deal with race? Are WWE’s actions perhaps a microcosm of the race issues we continue to face?

In this era, when someone does or says something racist, or even perhaps racist, the standard protocol seems to be to ostracize them from society. They are simply branded as “racist,” and cut off from the rest of us, who we happily deem and exclaim to be “inclusive” or “open-minded.”

Perhaps we could learn more if we instead had a meaningful discussion on why these thoughts fester in the minds of otherwise seemingly well-intentioned people.

Hogan is a perfect example. He is easily the most recognizable and popular wrestler of all-time. Based on the outpouring of support from fans and fellow entertainers, he has seemingly never done anything to make others feel that he was being prejudicial. However, needless to say, his upbringing and background had to have placed something in his mind to feel such a way towards black people.

Hogan was born in Augusta, Georgia in 1953 and spent the majority of his childhood in the Tampa, Florida area. Both of these areas (particularly in this time period) were extremely contentious in regards to race, leading to many racist attitudes being accepted as fact. Fortunately, we have come to refute these generalizations and bigotries years later, but needless to say, they still fester in the minds of those who had their formative years in that mindset.

The WWE could have made this into a learning moment for all in the business. They could have acknowledged their own faults toward developing subliminal attitudes, with their cringe-worthy racial and ethnic caricatures, and indicated a desire to do better. They could have kept Hogan around while placing him on suspension, perhaps allowing him to enroll in an educational program, all the while giving him and themselves a chance to heal and learn.

But it would appear that WWE, just like the rest of society, would rather just take the easy way out. They have for the moment decided to brand Hogan as “undesirable” and purge him from their ranks. In eliminating Hogan, they have also disregarded the opportunity to grow.

The new host of the Daily Show Trevor Noah put it perfectly when he said the obvious: Hulk Hogan might be racist. But that doesn’t mean that he’s a bad person. One needs to only look, in this instance, at how he’s been known to treat his fans and co-workers to see as much. If we as a country wish to overcome past racial injustices, we must stop living in such a paradigm of good and evil.

Rather than allowing uncomfortable topics to be simplified into one-line headlines and hashtags, we ought to have a more intellectual and nuanced conversation. We owe it to ourselves and each other to use our past failures to create future successes.