West Nile virus in mosquitoes has been found in municipalities this summer across the Lehigh Valley, and both Pennsylvania and New Jersey have reported human cases for 2015.

On Tuesday, the Pennsylvania Department of Environmental Protection reported West Nile virus found in two mosquitoes in Bethlehem Township, one each in Pen Argyl and Washington Township and two in Wind Gap in Northampton County. In Lehigh County, the virus was found in four mosquitoes in Allentown and one apiece in Hanover Township, Slatington and Washington Township.

The virus has also been confirmed in mosquito samples this year in Hanover Township, Northampton County; Fountain Hill; and Upper Macungie and Whitehall townships, according to Pennsylvania’s West Nile Virus Control Program run in conjunction between the DEP and state Departments of Agriculture and Health.

Pennsylvania officials on Thursday reported the state’s first human case of the virus this year, in a Venango County woman who was hospitalized with symptoms then released to recover at home.

The New Jersey Department of Health on Tuesday reported 2015’s first human case in a Camden County man released July 17 after five days in the hospital.

Positive mosquito tests for West Nile have been confirmed in 15 New Jersey counties, including Hunterdon County, but not including Warren County.

Neither state has seen positive tests for West Nile in veterinary testing.

Pennsylvania saw 13 human cases of West Nile virus in 2014, with one fatality, to New Jersey’s eight cases and zero fatalities, according to the U.S. Centers for Disease Control and Prevention.

There are no medications to treat or vaccines to prevent West Nile infection, the CDC says. Most people infected with the virus will have no symptoms, while about one in five will develop a fever with other symptoms and less than 1 percent develop a serious, sometimes fatal, neurologic illness.

Mosquito season runs from about the end of May to the beginning or middle of October, and the insects tend to thrive and breed the most during the hot, dry weather the region has seen in recent weeks, said Pennsylvania Department of Environmental Protection spokesman Brandon Cwalina.

Toward the end of the season, mosquitoes will find places to winter such as basements, abandoned buildings and root cellars, he said. Freezing doesn’t kill mosquito eggs, but they suspend their life cycle until suitably hot, dry conditions return.

Cwalina said officials can’t point to 2015 being any worse or better than previous years in terms of West Nile incidences.

“It’s just a matter of prevention and control for West Nile-carrying mosquitoes and how they interact with humans basically,” he said.

What can you do to reduce mosquito populations and the risk of being bitten? Pennsylvania officials say:

Steps to eliminate standing water around the home include:

The CDC also recommends mosquito-proofing your home by installing or repairing screens on windows and doors to keep mosquitoes outside, and using air conditioning, if available.

As for avoiding mosquito bites, the CDC says to:

Use insect repellents when you go outdoors. Repellents containing DEET, picaridin, IR3535, and some oil of lemon eucalyptus and para-menthane-diol products provide longer-lasting protection. To optimize safety and effectiveness, repellents should be used according to the label instructions.

Take extra care during peak mosquito biting hours. Take extra care to use repellent and protective clothing from dusk to dawn or consider avoiding outdoor activities during these times. 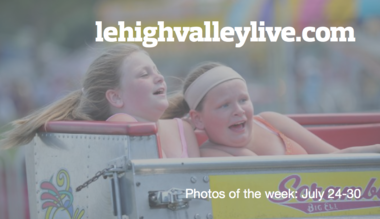