Madel Liquido, 18, and Ryan Schenk, 21, both of Edison, New Jersey, were caught on the property at 12:38 p.m. Sunday, troopers at the Belfast barracks said.

The quarry has signs posted against trespass.

The pair will be cited with criminal trespass, and the charges will be filed in Bangor district court, police said.

Two people have died this summer swimming in the quarry.

Two weeks ago, 19-year-old Jonathan M. Baksh, of Edison, New Jersey, died at the quarry. Jeremias Guzman, 22, of Ridgefield, New Jersey, died there in June. The bodies of both men were recovered by divers after being submerged beneath the surface. 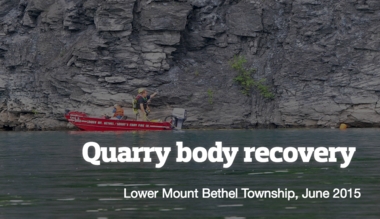