The bill proposed by Councilwoman Jeannette Eichenwald would forbid anyone who gave more than $250 to city politicians from getting any city contracts greater than $2,500.

“Obviously there has been much speculation, rumors that the raid on Allentown City Hall was all about pay-to-play,” said Council President Ray O’Connell, who was quick to add that no one has been arrested in connection to the raid.

O’Connell said he plans to support the proposed new rules while Councilman Julio Guridy said it’s worth looking into. Other council members didn’t comment on the proposal Wednesday and no action was taken.

The FBI in July descended on city hall seeking information on city contracts and information on some prominent political contributors. The city had until Tuesday to turn over thousands of requested records to the FBI.

Eichenwald said she believes her proposed pay-to-play ban would benefit the city, residents and even vendors.

“The vendors win because no longer will there be pressure upon them to make campaign contributions,” she said. “Anti-pay-to-play ordinances have gained prominence throughout the country.”

The proposed $250 contribution max also would include contributions from family members, business associates and subcontractors. Lehigh County is currently considering an identical ban.

“We’re very close to the end of our rope in Allentown – if we don’t take action soon the corruption will keep going,” he said.

O’Connell said he plans to meet with Trotner and other advocates on Thursday to discuss the proposal and also plans to seek advice from the State Ethics Commission. Council members did not say when they plan to formally introduce the ban.

“We need to research the issue,” O’Connell said. “What might be good for one county or city might not fit the needs of Allentown.” 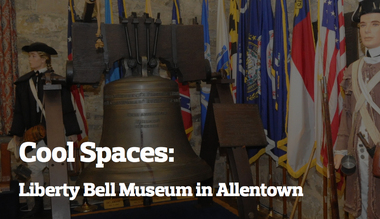