A 28-year-old three-time felon from Bayonne, New Jersey, was pulled over Wednesday afternoon on Interstate 78 in Williams Township and a Pennsylvania State Police trooper found a handgun in the car’s glove compartment, court papers filed by police say.

Elijah Muhamad Watson was straddling westbound lanes before he was stopped at 1:16, police said. The trooper then “observed multiple signs and indicators of criminal activity were afoot,” so he asked Watson to step out of the car, police said.

Watson refused to consent to a search so the trooper called in another trooper and K9 Ripple. The dog alerted its partner to something in the vehicle. A probable cause search was executed and a .45-caliber Springfield Armory XD ACP loaded with three hollow-point bullets was found, police said.

Watson and his passenger were placed into custody and taken to the state police barracks in Plainfield Township where Watson said he was involved in an altercation in New Jersey and a handgun was brandished similar to the one found in the white 2000 Honda Accord, police said.

Watson was arraigned Wednesday evening at central booking at Northampton County Prison before on-call District Judge Robert Hawke on a charge of a felon possessing a firearm. He was sent prison in lieu of $75,000 bail, court papers say. He remained jailed on Thursday afternoon, online records show.

Police did not say what became of the passenger. 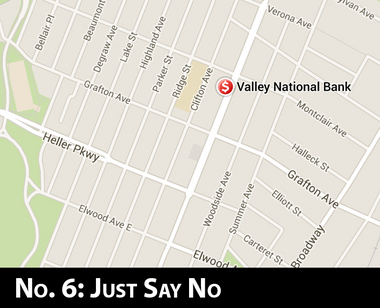